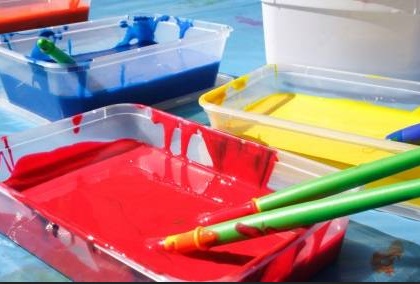 Is it that simple?

It is actually a concept and theory.

This is a vicious cycle created by modern medicinal science.

In year 1911, Western Medicine coined “Autism” for certain symptoms experienced by some children.

We can conclude that there is endless changes to diseases / illnesses. They are not static.

Why the ancient sages say : Focus on balancing Yin and Yang, and not keep chasing after endless changes of diseases / illnesses. It seems ancient sages already for-saw today 100,000 labeled illnesses.

Take a look at your smart handphone, or computer, accessing to internet, isn’t there thousands and millions of information, which keep changing and multiplying.

How are all these information get structurally created?

With different arrangement and combination and permutation of “0” and “1”, e.g. 0011, 0101, 0001110, etc. we can get millions and endless data generation. Some infomations are useful, many are junk like diseases.

Ancient sages had this understanding as expressed in Yin and Yang, i.e. “0” and “1”.

Hence instead of focusing and chasing after endless changes, just focus on the “0” and “1” to make it dynamically stable. And stability represents health.

This is quite an abstract concept, which I had discussed early. And now we make some more illustration.

I had mentioned, ancient sages classified “Spleen as Yin” and “Stomach as Yang.”

Yin is defined as stable, dense and no-movement and with form.

Yang is defined as constant movement, dynamic, non-tangible and no form.

Physiologically we also observe Spleen is dense and stomach is hollow to receive new intake of foods. After foods are digested, one feels hungry and want to take more foods. Hence Stomach as Yang is constantly in motion.

If we eat too much foods, the stomach is overloaded and could not function well. Against the natural physiological function, the stomach is not more able to be empty and over loaded with food cause little movement.

Then Yin and Yang is no longer in balance. Sickness will occur.

It is that simple.

Likewise, physiology is Yin, and Emotion / Psychology is Yang.

When emotion is out of controlled, then the Yang is in chaos, and Yin (physiology, or body) also becomes unstable. E.g. it can be stomach, no appetite for foods, indigestion etc.

Then Yin and Yang is out of balance again. These can produce all sorts of sickness, bloatedness, diarrhea, constipation, etc etc.

Instead of looking for many different medical specialists to attend to the above many symptoms, fundamentally just balance the emotions and body, balancing the Yin and Yang. As a concept, it is that simple.

Likewise in the case of autistic child, we learn to make careful observation in what ways Yin and Yang are not balanced, and do the balancing. 调理。

We will discuss more on the subject of autism.

Do you appreciate more the wisdom of YEIC？

There is no need to be frightened by all the heavy and scarry 100,000 medical labeled illnesses, like cancers, autism, learn more about the ancient wisdom to focus on the Yin and Yang imbalance for balancing.

This discussion involves a few key concepts which are elaborated in the 2-day YEIC training class , or online training for learners outside Malaysia.
“Yin Yang 阴阳”，”Organs functionalities 脏腑功能”
“Words in Chinese are texts from the book YEIC, 3000 years ago.”

Your are welcome to join the WhatsApp discussion group
WhatsApp +60126061525 for registration.
Let’s us all learn and study together.